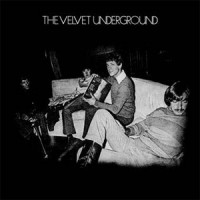 The Velvet Underground’s classic self-titled third album, originally released in March 1969, by MGM, was a departure from the band’s first two albums in more ways than one. Gone was co-founding member John Cale, and in his place was a 21-year-old with Long Island roots named Doug Yule, who stepped right in. The record was also a stylistic leap, as Lou Reed described to Rolling Stone editor David Fricke, “I thought we had to demonstrate the other side of us. Fricke calls it “a stunning turnaround… 10 tracks of mostly warm, explicit sympathy and optimism, expressed with melodic clarity, set in gleaming double-guitar jangle and near-whispered balladry. Or as the late rock critic Lester Bangs put it, “How do you define a group like this, who moved from ‘Heroin’ to ‘Jesus’ in two short years?”

How indeed do you describe an album which includes such classics as “Candy Says,” Reed’s ode to Warhol superstar Candy Darling; the aching love song “Pale Blue Eyes,” allegedly inspired by a girlfriend at Syracuse University who got away, with lead vocals by Yule; the inspiring “Beginning to See The Light”; the spoken-word narrative and musique concrete of “The Murder Mystery,” and the beautiful Maureen Tucker-sung “After Hours”?

Celebrating the 45th anniversary and following on from the Super Deluxe CD release in 2014, we will be reissuing The Velvet Underground on 180g vinyl.