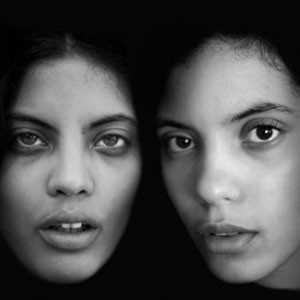 Ibeyi (pronounced “ee-bey-ee”) is Naomi and Lisa-Kainde Diaz, daughters of the late Cuban percussionist 'Anga' Diaz of Buena Vista Social fame. Naomi plays percussive instruments, the Cajon and the Batas, while Lisa plays piano. Together the twins have learned the songs of their father’s culture, Yoruba. Their love of Yorùbá choirs was inspired by their mother.

Yoruba travelled from West Africa to Cuba with slavery in the 1700s. The Yoruba people have the highest twinning rate in the World and twins occupy an important position within Yoruba culture.

Ibeyi sing in English and Yoruba and they have created a minimalist sound that merges elements of their heritage with their natural love of modern music as teenagers brought up in Paris. This self-titled debut album, produced by XL’s Richard Russell, is an inventive collision of the old and the new - stark electronic atmospherics, heartfelt soulful vocals and melodies inspired by slave chants to produce what Ibeyi themselves have dubbed “contemporary negro spirituals”.