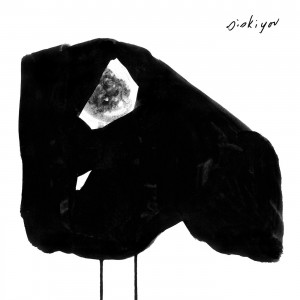 Siskiyou returns with Nervous, a majestic album of carefully constructed art rock built around songwriter and lead singer Colin Huebert's stacked acoustic guitars and intimate, whispery vocals. Siskiyou’s sound has been previously dubbed a sort of ‘Northern Gothic’, conjuring cold winds and the life-saving warmth of temporary shelters and tiny hearth fires. With Nervous, the band continues to push beyond the crisp lo-fi intimacy of its early work, and has forged its most confident and finely-crafted recording to date, moving fully into auteur and chamber-pop territory with a song cycle that brings to mind the meticulousness of mood and sonics found in recent work by PJ Harvey, Nick Cave and Tindersticks. Inflected by an anxious, sussurant restraint, Huebert's voice is supported by the falsetto backing vocal counterpoint and economical instrumentation of bandmates Erik Arnesen, Peter Carruthers and Shaunn Watt. Fans of the understated and underrated 1990s group Swell may also hear a welcome evocation of that group's acoustic guitar-driven simplicity and austere deployment of adornments.

Following Siskiyou's excellent sophomore release Keep Away The Dead in 2011, Huebert became afflicted with a serious inner ear condition that eluded conventional diagnosis. While honouring a previously scheduled songwriting residency in Dawson City, Yukon in winter 2012, Huebert found himself grappling with severe anxiety and an unwelcome interiority, engendered by hyperacusis and a house that felt utterly haunted. Intense chronic ear-ringing and panic attacks continued throughout the year, for which conventional medicine was unable to find any cause or effective treatment; Huebert began focusing on meditation, retreated to silence for a period, and then began rehearsing his new songs with the band at extremely low volumes. The songs on Nervous are shot through with the entirety of this experience: the literal feeling of being trapped in one's head and the physical-psychological feedback loop of debilitating anxiety; the lyrical themes and tense, whispered singing amidst tightly-wrought compositions and arrangements.

Huebert found solace in new working methods within the controlled environment of studio-based production and composition, developing new sonic palettes and pursuing new avenues of instrumental arrangement and recording fidelity. Working with producer/engineer Leon Taheny (Owen Pallett/Final Fantasy, Dusted, Austra) on most of Nervous, Siskiyou has emerged with by far its most assured, ambitious and authoritative recordings, while preserving the economy of elements, deft structures, and assiduous melodic deliberation for which the band has been rightly celebrated over its two previous albums. In charting escape paths from his disquieting cranial confinement, Huebert has very much succeeded in setting his songs out on an expansive canvas, while preserving a palpable sense of nervous interiority and quiet desperation at their heart.

Barry says: This is on Constellation records. They have a lot of violins at Constellation towers, violas, violettes, violums etc. They released GY!BE (and GYBE!, strangely) , they excel at all forms of bombastic bleak chamber-classical. This is a different prospect altogether. Like a cross between the Arcade Fire and Nick Cave, these are brilliantly crafted alt-rock pieces, pained but hopeful vocals over trad-band (i.e not 14 people) setup. Textured but not jarring, acoustic in parts and constructed as a pop song would be. 'I am a wasted genius' he sings over swooning organs and morose acoustic guitar. Yes you are Colin, yes you are.