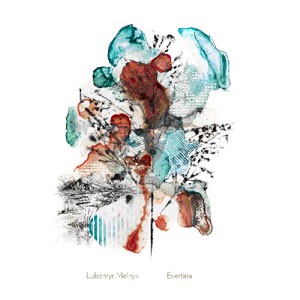 In 2012 Lubomyr's ears began to notice the remarkable tonal depth of upright pianos. To Lubomyr the upright piano sound is like a natural forest of microcosmic colours. 'Evertina' and 'Awaiting' were created on a middle-aged upright piano at a friend's home in New York in October 2012 – just before Hurricane Sandy hit the city. Some children were listening to Lubomyr as he played in a hotel lobby in Cologne and 'Butterfly' is the piece that he made for them. It was recorded on a battered grand piano somewhere in Switzerland in late 2013, with the lid closed down to soften the effect.

"The piano for me has so many different faces, so many personalities and wonders, it is like life itself, ever-changing yet always holding to a permanence of beauty. Like butterflies that never fly in a straight line but always carry their loveliness with them in their multi-angled paths. I want people to hear these pieces, that are always hidden from the world. I keep them locked away in a quiet place, far from the concert hall. Why do I do that? I guess it is because they are so easy to play, so effortless, I can do them while sleeping. Whereas my more demanding abilities on the piano come out in the forceful nature of continuous playing. There, the new ground is being broken and a new door is being opened for the world. But that does not mean that I am bound by nature or by god to do only continuous music. My heart moves into these pieces just as it moves into the continuous modalities. So here, for the very first time, I am bringing three of these little miniatures to the public view. May everyone enjoy them for their gentle simplicity and quietude.

These three pieces fit so nicely together in spirit, they present a tableau, a tiny triptych that can reach the world without waiting for a major work, they stand beautifully on their own, and do not need an album to surround them with comfort and padding. No, they are what they are, and a short musical interlude as this record gives, is just perfect for their nature." – Lubomyr Melnyk

Lubomyr Melnyk is a true innovator, exploring new directions for contemporary music. Classically trained and greatly affected by the minimalist movement in the early 1970s, the Ukrainian pianist developed his own unique language for the piano, named after the principle of maintaining a continuous, unbroken stream of sound. Melnyk has shown a remarkable devotion to the instrument, always striving to discover new ways of composing music in the continuous mode. His focus is on the actual sound of the piano as much as the harmonies and melodies of the music. Playing rapid and complex note patterns made Lubomyr one of the world’s fastest concert pianists. His virtuoso piano technique forms overtones that blend, collide or even create new melodies in rare moments, and thereby shape the composition beyond its original form. To accomplish this requires a special technique, one that has taken Melnyk many years to master. To witness one of his rare live performances is nothing short of a mind-opening experience.