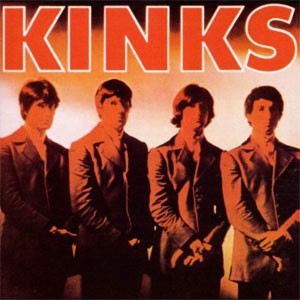 Classic Kinks catalogue on vinyl. The original albums on their finest format, with the original UK tracklistings.

Consisting largely of covers and revamped traditional songs, the Kinks’ self-titled album was released on 2 October 1964, reaching Number Three on the UK Charts.

It features their massive UK Number One hit ‘You Really Got Me’, which got to No. 7 in the US and was Top 10 in Canada and Australia. Written by Ray Davies and widely acknowledged as the start of heavy rock, the track influenced everyone who followed, from Led Zeppelin to Black Sabbath and even The Beatles.

Also features ‘Stop Your Sobbing’, which was taken into the Top 40 in 1979 by The Pretenders.

From the original sleevenotes: “Ray, the leader of The Kinks is 20 and almost 6 feet tall. He composes, listens to what the others have to say about the compositions and then they record what he originally wrote! Vocalist, rhythm guitar and harmonica player, he has very definite ideas of his own about almost everything and enjoys the occasional sulk.”