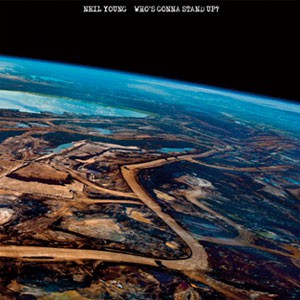 ‘Who’s Gonna Stand Up?’ was originally performed at Crazy Horse shows in the UK this summer and more recently, as part of Young’s solo acoustic set at Farm Aid. The track makes a resounding plea to end dependence of fossil fuels in hopes of protecting the Earth’s fragile eco-systems for future generations.

Neil Young took a different approach with this record, first recording the songs on his own in a solo-setting, then creating compelling versions of the songs in a new light with an orchestra and big band, resulting in a deeply-personal emotional listening experience throughout the new record.