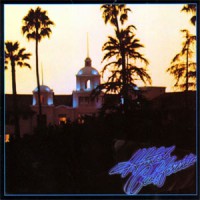 Following on from the “Eagles - The Studio Albums 1972 – 1979” vinyl box set released last October, the six albums are now being released individually. Each LP is pressed on 180 gram vinyl and replicates the original album packaging (which means that “Eagles” is reissued as the band originally intended. “Hotel California” includes a replica of the poster from the original issue with band photos by Norman Seeff in full colour.

DJ ShadowEntroducing... Back To Black Issue