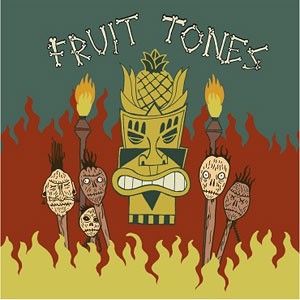 They have featured on several compilations which have been incredibly recieved. They have also previously released a split tape with Death Cats on Scottish label Fuzzkill Records which is now sold out. Stolen Body is happy to release the EP on limited edition colour vinyl. Limited to 500 copies (Coloured - Yellow with black splatter)

DeerhoofBehold A Marvel In The Darkness