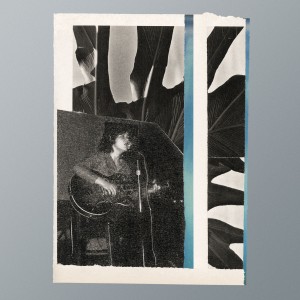 Tresa Leigh is the reflection of St. Simons Island, Georgia teenager Teresa Laxamanna (né Leggett).
Wooed by a classifieds listing to audition for Philly funk and soul imprint Lyndell Records, the aspiring 15 year old dragged her father, guitar, fender amplifier and microphone to perform her convincingly mature folk tales of first time heartbreak. Winning the support of label owner Walter L Rayfield, the fresh recruit cut two originals in a makeshift motel studio on the neighbouring Jekyll Island, backed by a band of unhurried session players.
The 1970 recording yielded her debut 45, pairing “I Remember”’s endearing juvenile jangle with the heartsick Ghost Riders cornerstone “Until Then”.
After a car accident prevented Mr. Rayfield from fulfilling his release plans, an unswayed Tresa responded to Great World Of Sound’s newspaper advert, baiting the prospect of gold records, major label connections and sales of a million copies. With family and friends crowdfunding the $1,200 that the company required to produce a follow-up 7”, she jetted to Nashville, recording a slicker, emotionally elevated update on “Until Then”, and the symphonic slow dancer I Miss You. In another unfortunate career misfire, the dubious label failed to deliver on any of their promises, with the artist volunteering the only surviving copy for restoration.