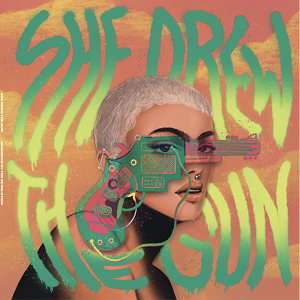 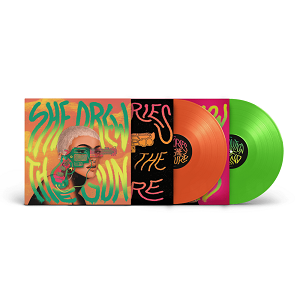 Under the moniker She Drew The Gun, songwriter Louisa Roach began by playing solo gigs around Liverpool, she quickly caught the attention of The Coral’s James Skelly who she began working with at Skeleton Key Records, recruiting band members along the way. At first glance Roach’s fuzzy psych-pop may suggest that the Wirral born songwriter is another ‘Cosmic Scouser’ but then you’re drawn into the spirit of rebellion, songs that rally against injustice and food banks and celebrate outsiderdom. Roach was late to music, releasing her first LP ‘Memories of the future’ after a decade of motherhood and studying at college.

DISC 1 - Memories Of The Future: