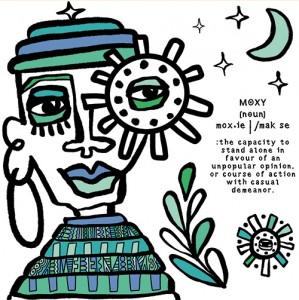 Darius Syrossian’s Moxy Muzik Editions is fast becoming a firm favourite for all manner of reasons, from the consistently top-level tracks from some of the scene’s best producers, to the bespoke hand-drawn artwork from artist Charlotte Archer that decorates each new volume's sleeve. A must have series for any vinyl head out there and volume four is no different. From Glasgow via Leeds through to Southampton, Syrossian shines a light on some of the UK’s rising stars in the world of house music.

Up first Glasgow’s Tiptoes who provides one of Darius’ tracks of the summer, ‘Cuss Tomato’. Driving, soulful and skippy with nods to Grant Nelson and king Kerri that has been doing damage everywhere it’s been played.

Next, Syrossian remixes fellow Leeds producer Tomrob with his track ‘ Professor Shellington’, taking the original’s minimal grooves, upping the tempo, filling the breaks with hands in the air pianos and injecting another dose of bounce into the beats.

The flipside has not one, but two tracks from Southampton’s Ronnie Spiteri, a double header of peak time bombs, one of which entitled ‘Scorpion’ had its first play at Creamfields by Alan Fitzpatrick and Darius in Manchester, leading to a flurry of track ID requests and Darius' TikTok post of the track going viral. A monster of a cut with an Enzo Siragusa style bass, a heavy thundering kick and a solid groove.