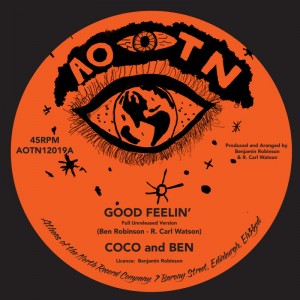 Time for some rare late 70s soul royalty out of Memphis, Tennessee, a top rung rarity on the collector scene, Coco & Ben - Good Feelin'. Ben Robinson was recently tracked down by friends of the label Daniel Mathis and Robert Garcia, lucky for the world he was still sitting on the tapes for this slightly longer take (as well as some unreleased tracks) allowing us to cut this disco floater as a nice loud 12" for the first time, now sounding better than it ever has, don't sleep on the flip either. Utterly essential record.

Matt says: Loads of AOTN out this week but this baby might have escaped your intrepid ears. A royal excursion into southern American disco which few have laid hands on until now.