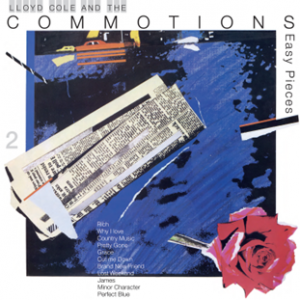 Given just how loved debut album Rattlesnakes was, it would have been hard for whatever followed to be received as warmly – yet Easy Pieces made a good first of it. It was to sell twice as many copies in its first two weeks as Rattlesnakes had to date, giving the group a Top 5 chart placing on its release in November 1985. Recorded with 80s super- producers Clive Langer and Alan Winstanley, its first two singles, the brooding, gospel influenced Brand New Friend and the forever-jaunty Lost Weekend reached the UK Top 20.

Lloyd Cole And The CommotionsMainstream - 2023 Reissue