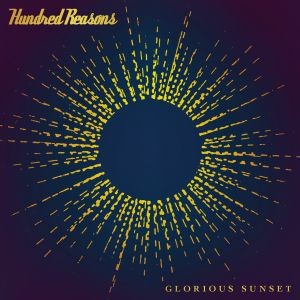 Acclaimed Brit quartet Hundred Reasons return with album number five ‘Glorious Sunset’ (their first studio album in fifteen years). The path to the first Hundred Reasons album in a decade and a half may well have taken many detours for the Aldershot quartet as lives, roles and responsibilities diverged but ultimately their route back to one another came as something of a natural process. The creative urge seemingly never left the band - Colin Doran (vocals), Larry Hibbitt (guitar, vocals), Andy Gilmour (bass), Andy Bews (drums) – and their first sessions back together became less about re-capturing the magic of their previous four studio albums, or addressing unfinished business, and more satisfying a growing urge to be creative together once more. They set about fanning the flame of a spark that was never truly extinguished, aiming to capture spontaneity in its rawest form, and later hone and perfect their work with the band’s own Larry Hibbitt on production duties. Consequently, Glorious Sunset is as vivid, exciting and as fresh a collection as they have ever produced - distinctly Hundred Reasons and full of fire. Lead singer Colin Doran says of the first writing session; “I came away from that session not just feeling closer to the other guys, having not seen them for some time, but thinking the music was f****** awesome. We all looked at each other and knew it was a go.”