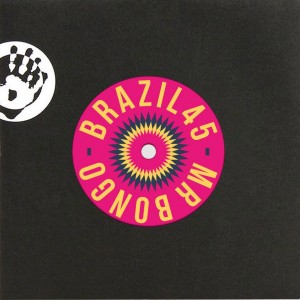 The enticing and exotic samba 'Redondo Sambao' is pure Brazilian fre. With
beautiful female vocal-group arrangements, foating futes and vibrating rhythms,
this song oozes charm. Its only downside being that it is over far too soon.
Originally released in 1967 on a compact 7" on the Som Maior imprint, to our
knowledge, the group sadly only had a couple of releases. 'Brasileiro' is taken
from Jorginho Telles' self- titled 1971 album and also featured on a 7", both
released on Copacabana Records. The track switches between a hoarse male
vocal crooner and a rough and raw psych-guitar, RnB dancer: totally magic!