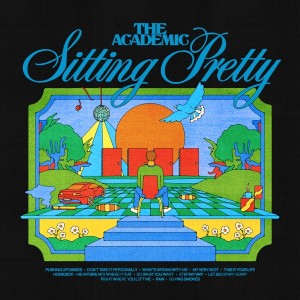 Irish indie rock band The Academic are very excited to announce details of their new album, “Sitting Pretty” . The album was produced by Nick Hodgson at Snap Studios in London. Sitting Pretty is an album about navigating life in your 20s; the uncertainties and the ever-shifting sense of self. “It’s about the entrance into true adulthood and how that can alienate you from yourself, making you feel like you’re playing a supporting role in your own life,” the band explain. “In one moment feeling 100% certain about everything, only to become overwhelmed with feelings of aimlessness and lack of direction in the next.”