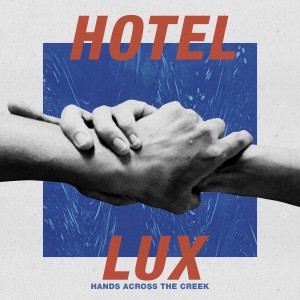 Hotel Lux announce their debut album Hands Across The Creek, out on The state51 Conspiracy. They also unveil new single 'Common Sense' and a string of UK/EU tour dates. The Portsmouth/London band released a critically acclaimed debut EP in 2020 and have spent the subsequent period writing and honing this debut LP, which is produced by Bill Ryder-Jones. There has been press support from the likes of So Young, NME and DIY along with radio plays from Steve Lamacq and Iggy Pop. 'Common Sense' takes songwriting influence from The Beautiful South and lyrical inspiration from RMT strikers and trade union leader Mick Lynch. The use of direct and plain-English reveals an incisiveness and a considered contemplation of modern Britain in 2022.