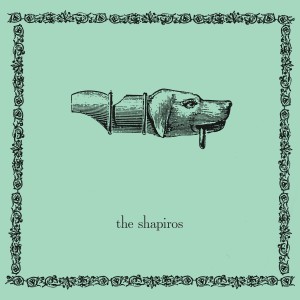 World of Echo are pleased to announce the release of Gone By Fall – The Collected Works of The Shapiros, a 12-song compilation by a here today, gone tomorrow pop group formed by Pam Berry (Black Tambourine, The Pines, Glo-worm, Castaway Stones, Belmondo, etc.) and Bart Cummings (The Cat’s Miaow, Hydroplane, Bart & Friends, etc.), while the latter was in Washington, DC in 1994. Tapping into that city’s inspiring independent pop scene, looking for like-minded souls, Berry and Cummings were joined by Scooter, a.k.a. R. Scott Kelly (Veronica Lake, Belmondo, Sabine, etc.), and Trish Roy (Belmondo, Heartworms).


The Shapiros may only have existed for a few weeks, during August 1994, but during that brief window of opportunity, the quartet recorded twelve gorgeous pop songs – nine originals, each a model of concision and restraint, and three covers, which gift the listener some of the coordinates to the group’s sound, a meeting point of C86 and the Brill Building Sound: lovely versions of Beat Happening’s “Cry For A Shadow”, 14 Iced Bears’ “Cut”, and The Shirelles’ “Will You Still Love Me Tomorrow”.


The material was recorded over three days at Mulberry Lane, the basement studio of Archie Moore – who, at the time of the sessions, was busy as one-fifth of Velocity Girl – and released via time-honoured formats for independent pop: two seven-inch singles, one split single with another Cummings project (Pencil Tin), and a few stray compilation appearances. The band in many ways was driven by Berry, who organised the release of The Shapiros’ first two singles, through the Fantastic and Popfactory labels. This is unsurprising: as co-founder of the long-lasting Chickfactor fanzine, Berry was a significant and supportive presence in independent music in the USA.


The songs on The Shapiros are perfectly formed; they’ve no need to say any more than what’s necessary, and this elegance of form lends them a timelessness that, for some, might seem outsize to the brevity of the project’s existence. But great things often happen in passing, capturing the sparks of a situation and the enthusiasms of new and unpredictable encounters. For Cummings, being in Washington was “the most fun I’d had in my life up to that point,” and he’s quick to point out the significance of what had happened in the city in recent times: it was a stronghold for creative independent pop music, with bands like Unrest, Velocity Girl, and Glo-worm, and thrilling pop singles being released at a fierce clip by labels like Teenbeat and the early Slumberland Records. The Shapiros’ music is a particularly seductive kind of blissful pop. The reverberant chime of a guitar, the subtle sweep of brushes on drums, a gently pulsing bass guitar, all perfectly played and placed, frame a beautifully unaffected voice, one that’s understated without being detached. It’s music that understands how small gestures are often the most deeply affecting. And though it may speak quietly at times, it’s strident and strong; clear and direct. They may have only recorded twelve songs and played two gigs (one supporting Lois and The Magnetic Fields, the other Nord Express), but what a body of work to leave behind – diminutive in the best possible way; every second of these twenty-five-or-so minutes of Shapiros magic counts, every moment matters.