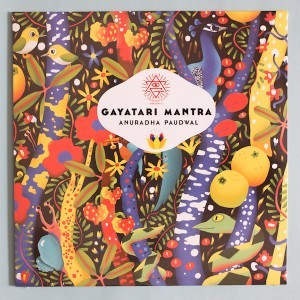 Originally released in 2016 & featuring lovely original artwork by world renown artist & illustrator Matt Sewell, the Mantra 12" quickly became a musical touchstone for that year. It was the soundtrack to countless events, radio shows & intimate soirées. It also became slightly infamous for causing mischief at one eminent London venue with DJs relishing it's sumptuous extended running time (over 50 minutes) a little too much !

The Gayatari Mantra performed by Bollywood playback singer Anuradha Paudwal & her daughter Kavita Paudwal weaves a magical spell . A holy mantra, it is inescapable throughout India. Played publically in taxis, shops and used as a ringtone on ‘phones & in doorbells.