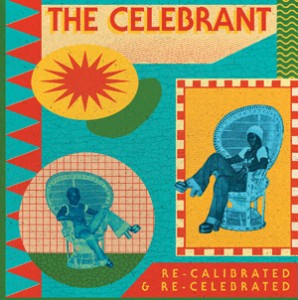 Canopy returns, following up their previously well received singles, with the fourth release on the label. This time around the focus is entirely on the remixes, with the original titles from Nigerian Band The Celebrant to feature on the forthcoming reissue of their self-titled LP. The remixes are built around the afro funk breaks and cosmic synths which the 3 producers have re-calibrated and re-celebrated to devastating effect. Stylistically the vibe sits between searing outer space afro funk and classy afro-disco.

Opolopo dons his astronaut suit for his first outing on Canopy, propelling “Off Beats” into the off-world stratosphere in a remake that never rests in its irresistible groove. Weighting down the beat with shuffling house beats while his signature funky synth work augments the synth solos of The Celebrant. Together they ignite the rockets to raise this track into another dimension.

Captain Planet marks his return to Canopy with a deliriously danceable remake of “Off Beats”. Upping the tempo and adding a muscular flex he serves up a bassline with just the right amount of grit. Framed by this powerful electronic architecture, the horn lines and guitar solos do serious collateral damage. Impeccable production values combined with the scorching afro funk breaks make this an incendiary weapon indeed. Once the synth lines kick in, there is no doubt who is in control. Prepare to lift off!

Aroop Roy blesses Canopy for the first time with this remix of “Funky Music”, adding his infamously smooth and funky touch. The maestro is well renowned for his skill at flipping already killer material into highly addictive dancefloor bombs. Here he adds an undeniably groovy bassline to back the afro horn arrangements and interstellar synth solos. Setting it all ablaze he transforms these afro chops into a proper late night disco affair. When the Balearic pads ascend, the vibe simply levitates! Wide eyed and euphoric, this joint will sooth even the most savage of souls as they start to elevate into the aether.

Matt says: We're all absolutely suckers for Opolopo here at the moment, so we didn't need much persuading on this one. Thankfully Captain Planet and Aroop Roy also turn out exemplary efforts, gifting The Celebrant with a remix EP of royal proportions. Don't sleep on this one folks.