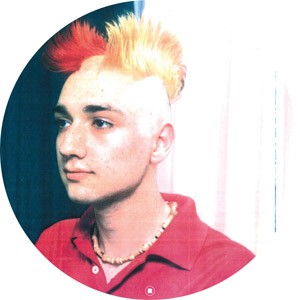 Lag is a DJ / producer who has previously released on MORD, THEM, Elements, and Don’t since his ﬁrst 12” in 2013. X-Coast has released on Steel City Dance Discs, Unknown To The Unknown and his own Riviera Records following his smash debut with the 90s-tinged "Mango Bay" in 2016. Teaming up for the ﬁrst time, the Serbian duo unleash their new project XL Traxx with a ﬁerce three-track EP on Radio Slave’s Rekids.

Leading the release is the energetic "M-Bomb", bringing heaving kicks, rave stabs, and a classic house vocal snippet together for a rowdy aﬀair. On the ﬂip, "E-Dancer" sees clever sampling and atmospheric pads meet over pounding drums before the propulsive "D-Edge" rounds out the vinyl with slick synthesis and shuﬄing percussion. All tracks possess that clearly defined air and sophistication of Proper Techno. Harking back to the tribal era, they playing with energy and dynamics in the way that only the best moments of the genre have always done. Like I said - Proper.