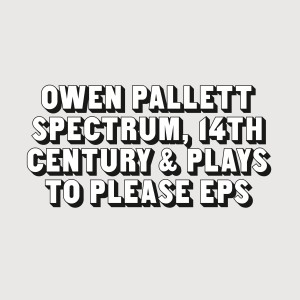 The first EP that followed, Spectrum, 14th Century, is a “prequel” to Pallett’s celebrated album Heartland, set in the same fictional world of Spectrum. Pallett: “When I realized Heartland was going to be a ‘fantasy’ album, I imagined that the Spectrum EP would serve as a map of the countryside, as one would find in the first pages of a fantasy novel.”

The second EP, Plays to Please, is Pallett’s tribute to Van Dyke Parks’ arrangement style, and is their first foray into full orchestral production. In the spirit of Nilsson Plays Newman, it is a collection of interpretations of the works of songwriter Alex Lukashevsky.