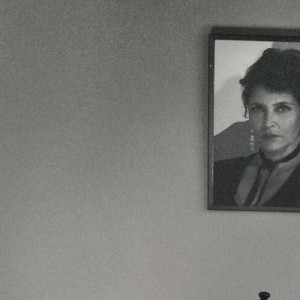 American singer-songwriter Sarabeth Tucek re-emerges in 2023 after a decade-long hibernation with the new moniker SBT and a brand new double A-side 7” “The Gift / 13th St. #2” in advance of her long-awaited third album next spring, details to be announced in the new year. “The Gift” has already received heavy rotations on BBC Radio 6 Music courtesy of Marc Riley.

An extensive UK tour is lined up to support the impending album release that will be issued world-wide on SBT's own freshly-minted imprint Ocean Omen. The lead track “The Gift” is a magnificent and swoonsome pop song awash with its modern take on classic Americana. It is indeed, a timely reminder of how great songs can be, evoking the classic chiming guitar pop of the likes of Game Theory, or Australia’s The Church and melding with the contemporary choogle of the likes of Jeff Tweedy / Wilco, whereas the second side has and almost updated that seminal Velvets drone-pop chug that flows like it should be released on Creation or indeed Homestead / Sub Pop in the late 80s. Yes, both tracks are that good.. trust us.

400 only pressing, in 4 different wraparound sleeves, 100 of each randomly distributed.

Christopher EatoughA Creak In The Cold