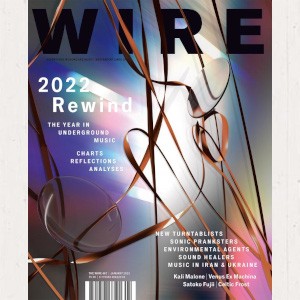 2022 Rewind: the year in underground music

Releases Of The Year: We asked our contributors to nominate their top ten records, CDs, downloads and streams of the year, then we added up the votes

Columnists’ Charts: Our specialist critics excavate all crevices of the culture for this year’s most exciting music, from hiphop to modern composition

Archive Releases Of The Year: Our contributors voted for their top ten archival records, CDs, downloads and streams, and we counted them all up

Invisible Jukebox: Kali Malone: Our mystery record selection pulls out all the stops for the composer and organist. Tested by Derek Walmsley

Global Ear: Kadıköy: The Istanbul neighbourhood is the home for metal and underground music. By Robert Rigney