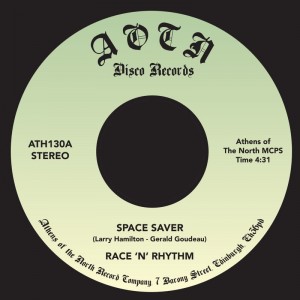 Race 'N Rhythm was originally a 12 member jazz group out of Oakland. The members were multiracial, which inspired the name.

The group was managed by jazz-master Rudolph Peters. He also owned the small Oakland based record label "Northstar Records." After playing the local jazz circuit for a few years, the group decided to put out their first and only 7" single. Luckily for Race 'N Rhythmthey were under the guidance of Harvey Scales's right hand "William Scott Harralson.", William was a brilliant soul pianist and songwriter. Aside from all the work he did with Harvey Scales, he also co-produced two amazing Bay Area record grails; 'Debravon Lewis - The Little Things" and 'The Stars - (We Are The Star's)'.

With the local success of the single, the group signed on to record a full album titled "Album One". Members Sharon Nance and Gerald Goudeau worked closely together, finding romance, and eventually they got married. They became the driving force behind the groups further success. For decades Race 'N Rhythm played and toured Japan, Canada and all the United States. Sharon and Gerald continued working together until Sharon's passing last October.

Glen AdamsA Beat For You