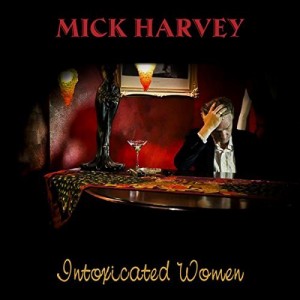 Mick Harvey’s Intoxicated Women, the fourth volume of his Serge Gainsbourg translation project, pressed on limited edition transparent red vinyl. This is released alongside the new pressing of Delirium Tremens and follows Sketches From The Book Of The Dead and Four (Acts of Love) released earlier in 2023.

2017’s Intoxicated Women is the final part of Mick Harvey’s series translating Serge Gainsbourg’s songs into English, which started in 1995 with Intoxicated Man. Intoxicated Women contains many duets and songs written by Gainsbourg, mostly during the 60s, in a period where he was focusing his songwriting on singers such as France Galle, Juliette Greco and most famously, Brigitte Bardot. Here Harvey has called upon guest singers Channthy Kak (Cambodian Space Project), Australian singers Xanthe Waite (Terry, Primo!), Sophia Brous, Lyndelle-Jayne Spruyt and Jess Ribeiro and the German chanteuse Andrea Schroeder plus a special appearance by Harvey’s son, Solomon.

A1 Ich Liebe Dich...Ich Dich Auch Nicht (Je T'Aime… Moi Non Plus)
A2 All Day Suckers
A3 Contact
A4. Prévert's Song
A5. The Eyes To Cry
A6. Puppet Of Wax, Puppet Of Song
A7. Baby Teeth, Wolfy Teeth
B1. God Smokes Havanas
B2. While Rereading Your Letter
B3. Sensuelle Et Sans Suite
B4. Striptease
B5. The Drowned One
B6. Cargo Cult