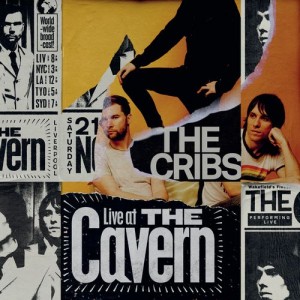 
'The Cribs - Live At The Cavern' is a special live recording of the band's one-off show at the legendary Liverpool venue 'The Cavern Club'. In 2020, at the height of the pandemic, the band played a special live-streamed show with no fans in attendance, with the show instead being broadcast to fans around the world. Now a recording of this unique concert experience, which features all the band's hits, from 'Men's Needs' to 'Come On, Be A No-One', is being released for the first time on vinyl exclusively for RSD Black Friday. It'll be the only way for fans to hear this unique performance as the recordings will not be released on DSPs before the event. The record itself is a double black vinyl in a gatefold sleeve, limited to 2000 copies worldwide.