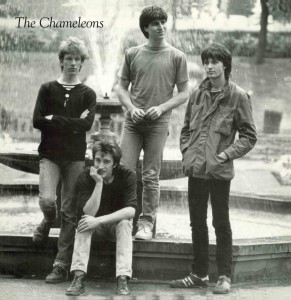 The 4 tracks were recorded in 1987 shortly before the band split and were originally intended as a follow-up to the Geffen album Strange Times. Considered by many to be among The Chameleons’ finest songs, the EP was originally released (and then quickly withdrawn from sale) more than thirty years ago. The new version is released with the full co-operation of the band.

Side A: Is It Any Wonder / Free For All
Side B: The Healer / Denim And Curls