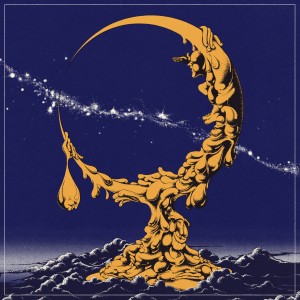 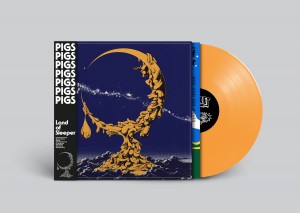 Whether inhabiting the realm of dreams or nightmares, the primordial drive of Pigs Pigs Pigs Pigs Pigs Pigs Pigs is more powerful than ever and ‘Land Of Sleeper’, their fifth record in a decade of rancour and revelation is testimony to this. Arguably the most potent and assured record of their storied life so far, it’s the product of a band energised and fortified by their individual passions to incendiary effect. After the travails of the two and a half years since 2020’s ‘Viscerals’, ‘Land Of Sleeper’ sees the Newcastle-based quintet not so much reinvigorated as channelling a furious drive which only appears to gather momentum as the band’s surroundings spins on their axis.

For all that the last few years have seen Pigs’ stature rise in the wake of triumphant festival slots and sold-out venues like, this remains a band fundamentally incapable of tailoring their sound to a prospective audience, rather standing alone and impervious as a monument of catharsis.“Certainly for me, writing and playing music is often surprising and revealing, it can be like holding up a mirror and seeing things you didn’t expect to see” reckons drummer Ewan Mackenzie, whose return to the Pigs fray after two albums away marked another big influence on the new record. “For me, the darker tracks on the record hold in common a determination not to lose faith, despite the odds”