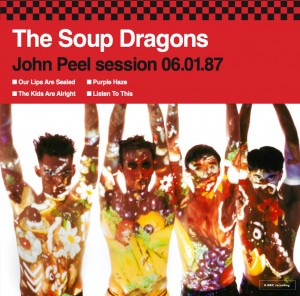 So what do you do when you’ve had a run of BBC sessions and fancy trying something different? How about a session of cover versions, with each member of the band choosing a song? The Soup Dragons were changing before our ears – one listen to their version of Purple Haze tells you that. Of course, their fondness for a cover was to re-emerge years later with Top 5 hit I’m Free (a Rolling Stones song); they didn’t do that song for the BBC – but we do have a six-second arthouse prank that reportedly did not entirely amuse John Peel. Sleeve notes by Sushil K Dade; mastered by Sean Dickson. Includes download codes and a set of postcards.