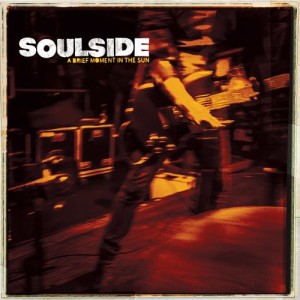 Soulside formed in Washington, DC, in 1985, split up in 1989, then reformed in 2014 and has continued playing and writing music since then. After releasing their debut album on Sammich/Dischord, they recorded Trigger (Dischord, 1988) and Hot Bodi-Gram (Dischord, 1989), which were combined on the Soon Come Happy CD in 1990. The band toured extensively in the US and Europe during these years, including groundbreaking shows in Poland and East Berlin shortly before the Berlin Wall fell in 1989.

In 2020, Soulside put out a new 7-inch, This Ship, their first release in 30 years, which was recorded in Prague. In late 2022, Dischord will release a 12-song Soulside album, A Brief Moment in the Sun, which was written during the heart of the coronavirus pandemic and recorded in person by J. Robbins in November 2021.