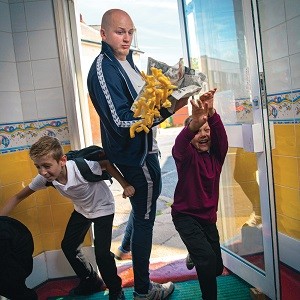 Releasing 100% independently, with no label backing, The Reytons have announced their second album is set for release following their debut album that rocketed to Number 11 in the Official UK Charts. Setting The Reytons apart from the competition is their fiercely independent approach to the way they work. Not exactly welcomed with open arms by the industry from the very start, the band channel their working class grit and determination to overcome every obstacle thrown at them. Aided by the masses of loyal fans, no achievement is out of reach.

The ReytonsKids Off The Estate