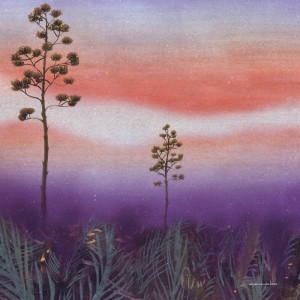 Uusi Aika is a fresh new ensemble from Finland. Their self-titled debut album will be released by We Jazz Records on 25 November 2022. The band's music could be described as introspective and meditative, but that's only a part of the story. The instrumentation is acoustic and their sound organic to the bone, but the music's slowly unfolding character brings to mind some deep abstract electronic music or experimental dub explorations at times. That is, there's power just under the surface, just beautifully out of focus.

Otto Eskelinen says: "Lately I have been playing mostly folk music and using traditional instruments, such as ancient flutes. Now I felt that I wanted to play the saxophone again, and to do it in a small group setting, while searching for new compositional approaches and also ways of playing together with others. I wanted to create a band that would play something connected to free jazz, but with a distinctly melodic approach. I wanted the sound of the band to be gentle and peaceful, all acoustic. The main inspirations here stem from the history of Japanese sound aesthetics, new age, early 20th century art music and jazz giants such as Lester Young and Jan Garbarek."

Uusi Aika has already debuted live in Helsinki, where their performance at Odysseus Festival this summer was met with remarkable enthusiasm.