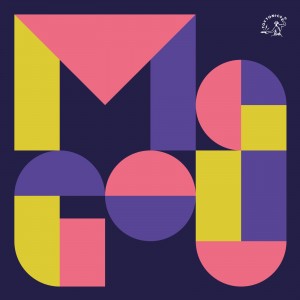 Who is Magou? All we know is that, 2 years ago, Toy Tonics released a 12” EP that created a little buzz on this artist without a face and social media presence. The only clue is that Magou is allegedly a mysterious side-project by an otherwise well-known Italian music maker, producer and DJ. Now returning with a double album, Magou reinforces his modern disco credentials with eight highly enjoyable dancefloor offerings.

Delivered with sophistication and authenticity, there's certainly that Italian playfulness; effortlessly mixing fun and flair with a rich musicality that places it far in front of most of its contemporaries. There's some truly Cosmic club moments ("Eco", "Borges"), wrapped up in Magou's rubbery 303 lines; proto-house / disco-not-disco hybrids such as "Heather's Body" and some truly mesmerizing movements of Balearic-tinged sensibility such is as heard on "Dejarte".

Deliciously infectious throughout; there's a stylistic quality holding the whole album together; if you've enjoyed Beppe Loda and Danielle Baldelli’s DJ sets then Magou seems to touch on all the four corners of these esteemed DJ's musical tastes. A tour de force of Italian supremacy! Get involved!

Matt says: This came outta nowhere! Ultra sexy new disco, modern boogie and cosmic styles delivered with panache and credibility and released via the impeccable Toytonics. You know what to do!