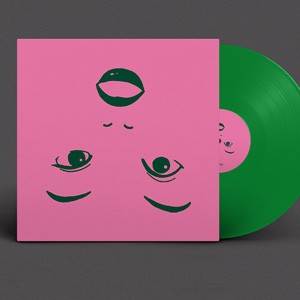 Peggy Gou releases a remix package of her acclaimed 2021 'I Go' single, it’s a stellar release featuring some of the most respected names in electronic music - Soulwax, DJ Koze and Maurice Fulton.

Named by Pitchfork as one of 2021’s best electronic releases among a host of other accolades (“Her vocals are gentle, but her promise of persistence (“I go I go, I go I go”) feels powerful. Throbbing drum machines further bolster her energizing message, turning a personal pep talk into a lull-crushing banger. A six-minute ’90s dance megamix that feels 10 minutes too short, it definitely goes”) Peggy’s original was an incredible piece of club-focused electronic music that showcased her love of 80s / 90s dance anthems. The remix collection has been personally curated by Gou herself, choosing some of her favourite heroes to put their own unique stamp on “I Go”.

Soulwax stay true to the original utilizing those big gated square wave analogue synth lines to devastating affect, even thicker than on the original. A subtle breakbeat adds a bit of sway in the background but it still absolutely screams of Company B's "Fascinated" - which is no way a bad thing! Some extra, club-focused SFX and swirls are Soulwax's forte, of which there are plenty; and the dynamic duo also break the arrangement up with some big sweeps, drops and breakdowns - again the pair's synonymous trademark. Basically just making the whole thing more stadium friendly.

DJ Koze can be trusted to twist things up a bit, which he does, the German veteran applying some playful toy piano lines that transform into buzzing sawtooths - showing off in the synthesis department with crazy gated vox, tumbling delays and all sorts of electronic studio wizardry! He also switches the key of the track slightly so it's a totally different run on this infectious, beach-ready vocal from Peggy.

Maurice does what he's done for Roisin, Rhye and Crazy P - injecting galvanized bass, live disco drums and unbeatable hand claps for a deep soulful new disco re-rub that's up there with one of his best ever!

A sublime remix package that compliments the original track beautiful - not to be missed!

Matt says: An all-star cast of remixers crown this already high gloss piece of celebrity dance music. Peggy Gou is a pretty unstoppable force in her own right but with these three legends in tow, "I Go" becomes a royal affair!