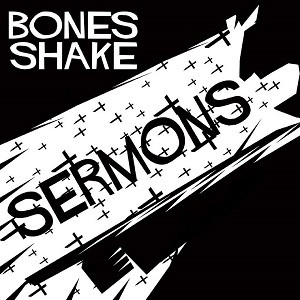 Bones Shake are a scuzzy, fuzz enthused garage rock trio formed in Manchester in 2011. They play everything to the extreme; violent bottle-neck blues riffs, drums kicked, pounded and exploited and squeals of reverb drenched vocals which when combined, will help save your soul. With a relentless energy, they’ve never taken their foot of the gas. Through tirelessly playing across the UK and Europe, they have attracted a cult following that sees them fill out venues wherever they go; including a sold-out performance at the infamous Raut Oak festival. They have released 4 EPs and 3 LPs to date which has seen them go from strength to strength. Their last EP Privilege was released via Belgian label Never Trust Hippies and new album 'Bleed' is out on 8th July 2022.