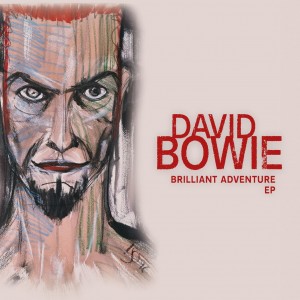 12" 4 Track E.P. 180g black The BRILLIANT ADVENTURE E.P. has four unheard tracks from the 1.OUTSIDE era; "JOHNNY DOWNLOADER", an early version of "I'M AFRAID OF AMERICANS" recorded during the sessions with Brian Eno for the album and mixed in November 1994 but not released on a Bowie album until 1997's EARTHLING, an alternative single mix of "I HAVE NOT BEEN TO OXFORD TOWN" and two tracks, "OUTSIDE'S A SMALL PLOT OF LAND" and the Jacques Brel cover "MY DEATH", performed by Bowie and pianist Mike Garson at a fundraiser for the New York Public Theater at the Shakespeare Festival in New York on 18th September, 1995. The BRILLIANT ADVENTURE E.P. will be available on 12" vinyl and CD.