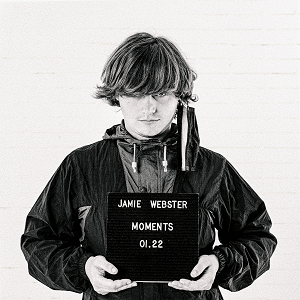 Melding together two short stories, one of Paul and the other Annabella, Webster’s renowned people-watching prowess, setting vivid pen pictures of neighbours and strangers in his native Liverpool to music, switches to pin-sharp short fiction for Going Out. Cutting across the strange absence of empathy for Britain’s young, Webster uses his characters to spell out the loss, frustration and rebellion of the twenty-somethings stopped in their tracks by recent circumstance and a tangle of incomprehensible rules.

Making observations before conclusions, the song keeps the media in Webster’s crosshairs (“…cutting the feed to the head news station”), but avoids barbed protest. Instead of using the power of guitar and pen to campaign, Webster the storyteller sings in the voice of two young people who are “tired of hearing that freedom comes with cost” to empathise with those whose imprisoned desires to love, work and party couldn’t be caged much longer.

Going Out was recorded at the legendary Rockfield Studios in the company of producer, Dave Eringa, during album sessions in early 2021. Affecting a new, multi-instrumental stage of ‘going electric’ like major influence, Bob Dylan, what lies in store on Moments – following 2020’s We Get By – is Webster’s lyrical gift sealed in the bold embrace of his band’s musicianship, from bluesy jams to fuzzed up anthems. Taking a distinct view from Covid-hit Britain, watching the wave hit and assessing the aftermath, the artist boldly claims that out of all the lockdown albums, this could be THE lockdown album.

Jamie says of the single and album: “People must pretend not to understand what it’s been like for young people, waiting to finally live what they are told are their best years only to be denied that life for so long. They’ve had so little support, their own pains weren’t addressed during lockdowns and nobody came out on their side or to change things, so ‘Going Out’ is about understanding why rules are broken. If people like this one and ‘Days Unknown’ then ‘Moments’ won’t disappoint them. It’s bigger, better and doesn’t compromise for a second to try and claim popularity over principles.”

Alongside the constant presence of Bob Dylan, Webster’s last 18 months has been spent channeling the incomparable artistry of David Byrne and the doomed bliss of Laurel Canyon’s creative heyday, including The Mamas and The Papas and Crosby, Stills, Nash and Young, whilst shaping the words and sounds of album number two.

Jamie WebsterWe Get By - 2022 Repress