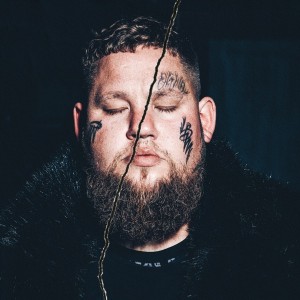 Rag’n’Bone Man’s 2017 landmark debut Human was a phenomenal success. Shooting straight to No.1 upon release in the UK, the 4x Platinum record became the fasted-selling album by a male artist that decade, earning him both BRIT and Ivor Novello Awards.

Fast forwarding a few years, he travelled to Nashville to write and record what would become Life By Misadventure. The bulk of the album was produced and recorded by Grammy Award-winning producer and multi-instrumentalist Mike Elizondo at his studio. Longtime collaborators Ben Jackson-Cook (keys, co-songwriter and co-producer of the album), Bill Banwell (bass and co-songwriter) and Desri Ramus (backing vocals) are joined by drummer Daru Jones and guitarist Wendy Melvoin on the record. One song was even recorded in Rag’n’Bone Man’s garage!

Martin says: it's been a long time coming but this newest Rag 'n Bone man release sees all of the clever wordplay and superb songwriting that I went absolutely batshit for on 2017's 'Human'. I will DEFINTIELY be unlockig my hips and getting down to this one.

Jamie WebsterWe Get By - 2022 Repress