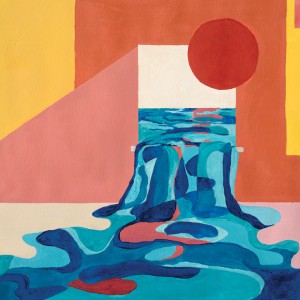 THE PICCADILLY RECORDS ALBUM OF THE YEAR 2019.


W. H. Lung’s arrival at their debut album has been less conventional than most. A trait shared with the music they make, which weaves between shimmering synth pop and the infectious grooves of 70’s Berlin. The band never had any intention of playing live when forming, aiming instead to be a primarily studio-based project.

That approach was challenged when they released their debut 10” ('Inspiration!/Nothing Is') in 2017, which meant that they were quickly in demand. Booking requests started to flood in and W. H. Lung found themselves cutting their teeth on festival stages that summer. Though whilst some new bands may have let that interest change the course of the project, W. H. Lung stayed true to their original reticence and worked mainly as a studio band with their formidable live shows kept sporadic.

W. H. Lung have allowed this album to naturally gestate over the course of two years . The result is a remarkably considered debut - the production is crisp and pristine but not over-polished, the synths and electronics radiate and hum with a golden aura and the vocals weave between tender delivery and forceful eruptions. There is a palpable energy to the songs, as experienced in 10 glorious minutes of opening statement 'Simpatico People'.

“I think it’s important to erase the distinction between ‘high’ and ‘low’ culture,” states Joseph E. This colliding of worlds not only exists in the potent mix between whip-smart arrangements, lyrics and seamlessly danceable music but also in the fact that they are named after a cash and carry in Manchester.

Emily says: Around this time last year I found myself in Soup Kitchen’s basement with the rest of the Piccadilly crew, absorbed in what was unfolding onstage. A magnetic frontman was delivering half sung, half spoken vocals over a kaleidoscopic haze of synths and a propulsive motorik beat. It seems fitting that the group we were watching, W.H. Lung, are now sitting at the top of our chart a year later. The homegrown Manchester trio have coalesced a series of hypnotic, synth fuelled krautrock grooves into their first full length release ‘Incidental Music’. In it, they strike a perfect balance between taking reference from the past and keeping their gaze tilted towards the future. Well worth a listen!

Mine says: Possibly one of the most anticipated albums of the year here at Piccadilly (we wouldn't interrupt our Christmas do for just anyone but if it clashes with a W.H. Lung gig then that's where we end up!)... Like a joint effort from Talking Heads and NEU! thrown head first into 2019 with an extra portion of shimmery beats and hooks. PLAY IT LOUD!

Darryl says: One of the most assured and confident Mancunian debuts of the past few decades, ‘Incidental Music’ is a dream of a Piccadilly Records album. With its sparkling synth laden grooves, motorik beats, sweeping electronics, crisp guitar lines and a hazy psychedelic soundscape it’s no surprise that it’s united both the indie and dance staff divide and taken the number one spot this year. Two years in the making, this is a euphoric and fully-formed masterpiece.

Barry says: It's clear from the first moments of 'Incidental Music' that the title couldn't be any less true, moving from soaring echoing kosmische into a groove-led psychedelic soup in the blink of an eye. Rich in rhythm but still undeniably melody-led, W.H. Lung are at the top for the important reason that they are something different to everyone, and everything they are is undeniably brilliant.