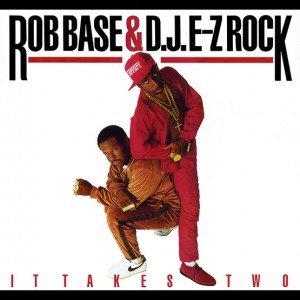 As hip-hop moved into the mainstream in 1988, Harlem duo Rob Base and DJ E-Z Rock changed the game with "It Takes Two", one of the undisputed classic singles of the genre. The group's debut album, It Takes Two, which featured the title track as well as the dance hits "Joy and Pain" and "Get On The Dance Floor" has been newly remastered in high definition from the original tapes and pressed on red opaque vinyl--its first appearance on the format since its original release thirty years ago.