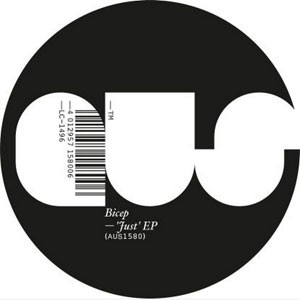 Holy schmokes! If you thought the Bicep ascent had reached its peak and couldn't get any higher you were wrong! Aptly timed for the forthcoming 'festival season', when rolling around in fields of mud whilst on various illegal narcotics is considered de rigueur, this little beauty should have you removing clothes and inhibitions quicker than you can pour that MDMA-laced vodka-Redbull down your thirsty neck. The title track kicks things off and suffuses a broken kick and snare combo with a poignant sequence and heart-rending synth strings. A vocal refrain (Bagarre?) drops in and out throughout a lucent breakdown before Bicep lay a soft, filtered croon over a swelling piano motif. Tension is astutely balanced, never quite boiling over and keeping the listener pinned before the duo drive a tough, gravelly kick under gentle flecks of acid and rich sweeping pads. "Celeste" leads with intricate conga patterns before an overwhelmingly emotional series of melodies and chords converge on the track. A heavily reverberated, ghostly female vox drifts elegantly in the background while the track's delicate beauty marches on, ascending into a spine-tingling section of crescendo of epic piano stabs and infectious congas. Massive! Finally, "Back 2 U (Tranz Dub)" touches on the 'rolling around a field on drugs' vibe I mentioned in the first paragraph. Mixing influences from 90s trance and progressive house, the pair have crafted a mighty, hypnotic beast of a tune which should be at the front of any big name DJ frequenting the festival circuit this Summer. Essential tackle. Move quick!